Months before the Downtown Los Angeles Architectural Walking Tour, I had the opportunity to tour the Los Angeles Central Library. This was also an outing with members from Conejo Association of Professional Interior Designers (CAPID).

Selected by flavorwire.com as one of the 25 Most Beautiful Public Libraries in the World, the Los Angeles Central Library was built in 1926 with a new addition finished in 1993.

We started the tour from the “Spine” in front of the library. As you approach the library from the street, the “Spine” take you through the evolution of written communication. The pyramid on top of the library and the overall design of the building demonstrate the heavy influence of the ancient Egyptian culture in the 1920’s. 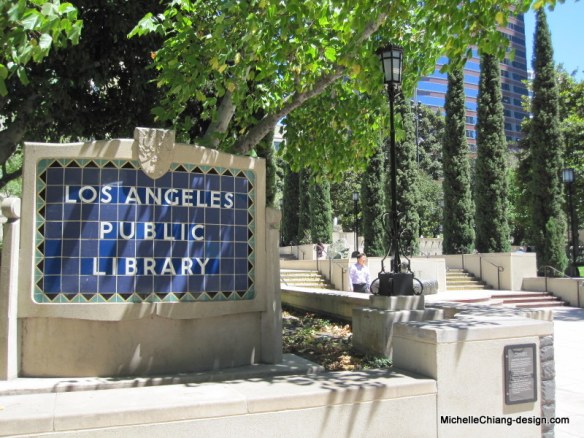 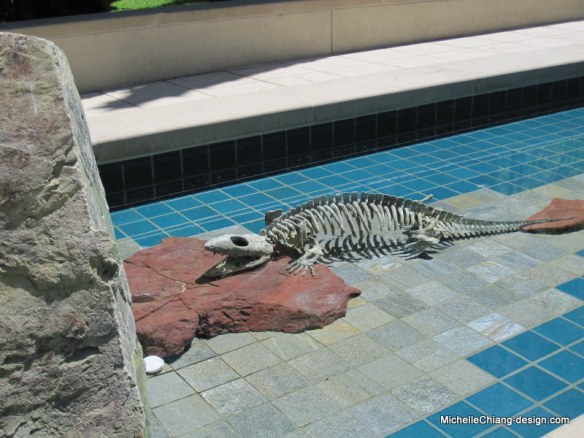 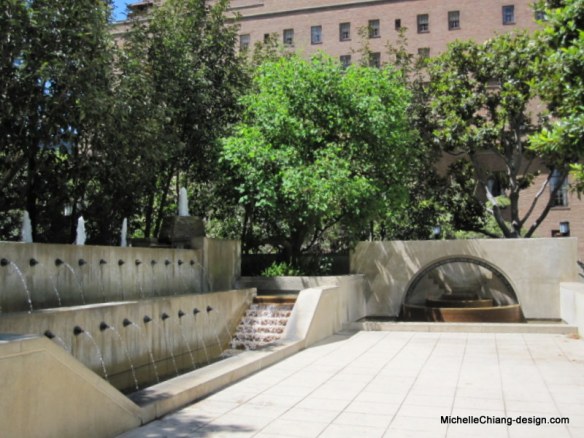 Inside the library, there was a mix of old and new. After the 1986 fire, the library went thought an extensive renovation and expansion. For the purpose of not exceeding the height of the original building, the new 8-story atrium has 4 stories that are below the ground level. 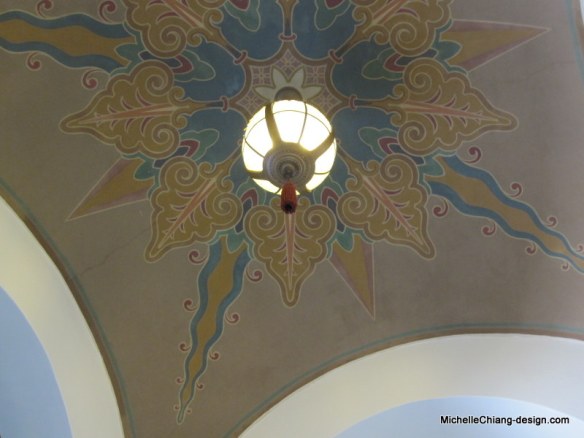 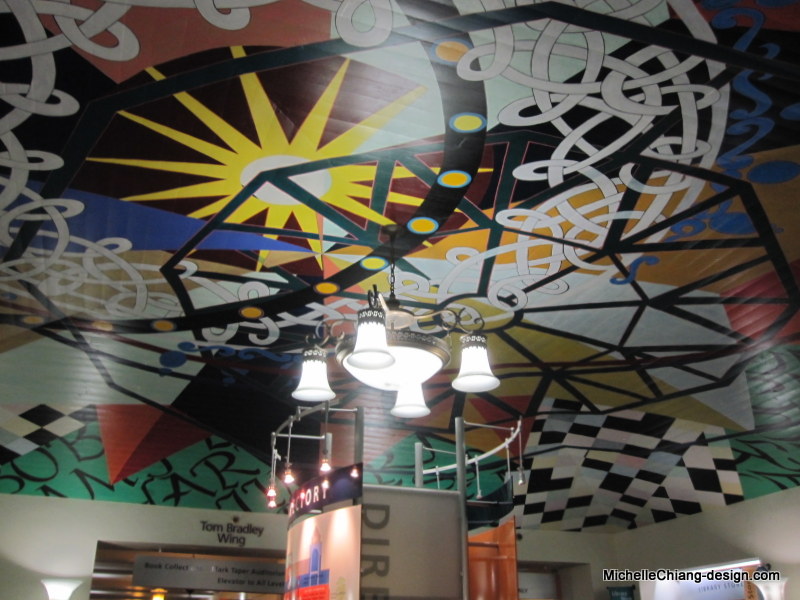 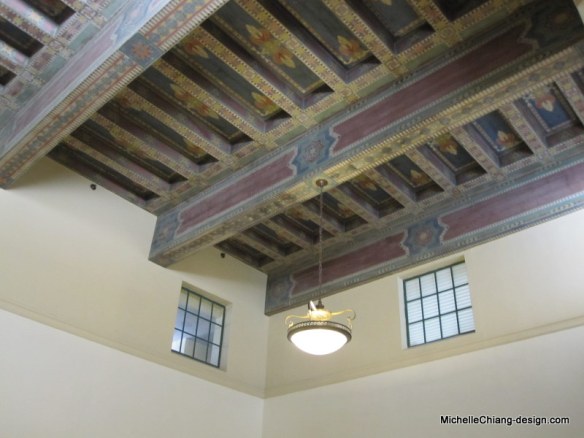 The Rotunda is the highlight of the library. The murals illustrate different periods of California. 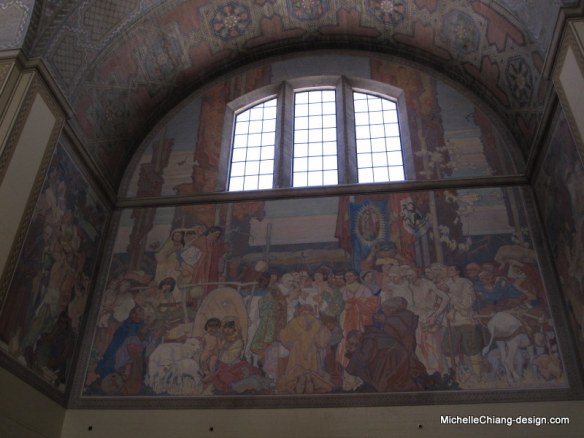 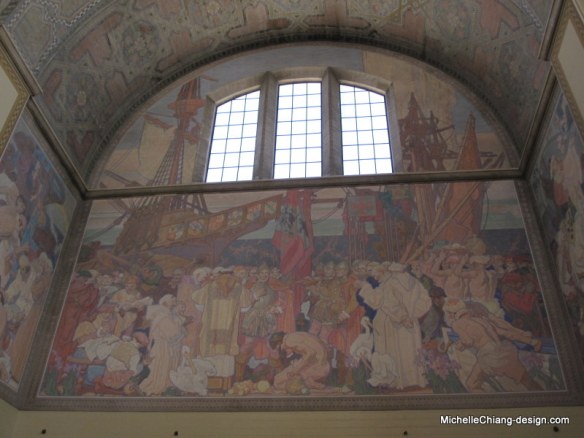 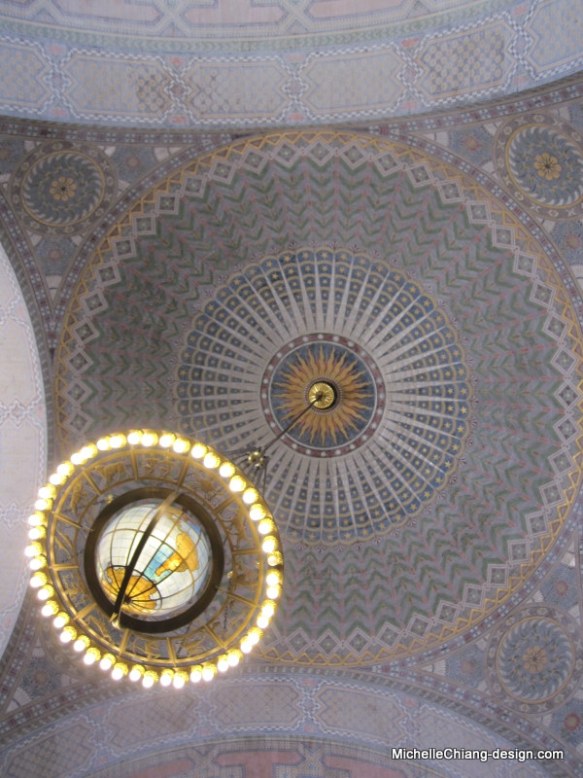 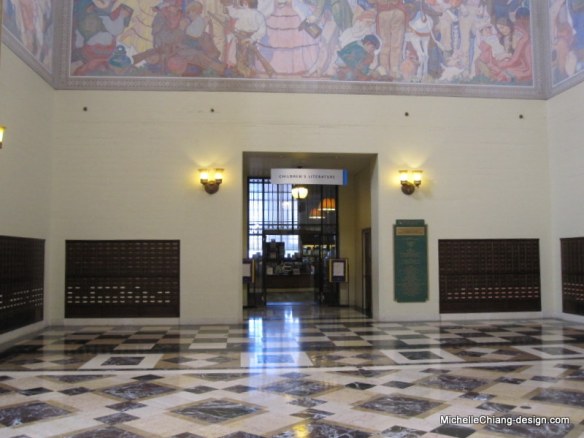 The Children’s Literature section is absolutely beautiful with painted ceilings and murals on the walls. The carpet subtlety depicts characters from the Rotunda murals. 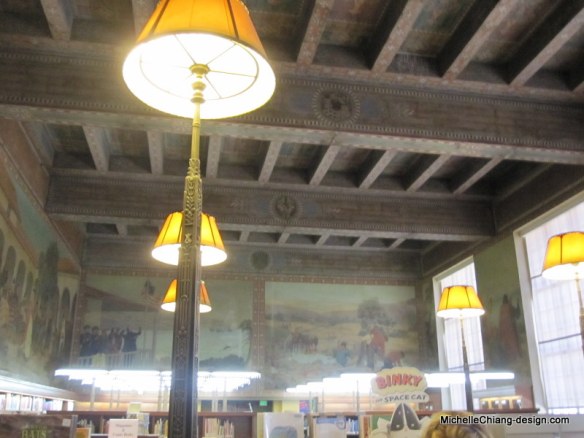 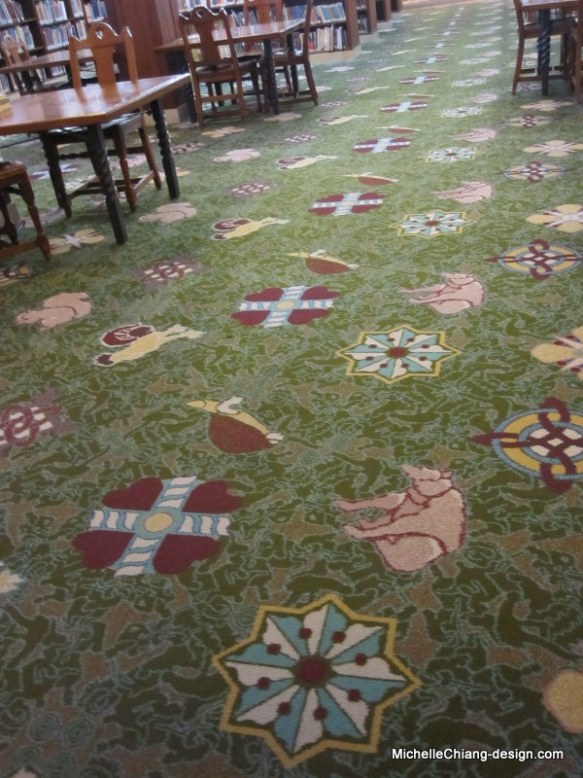